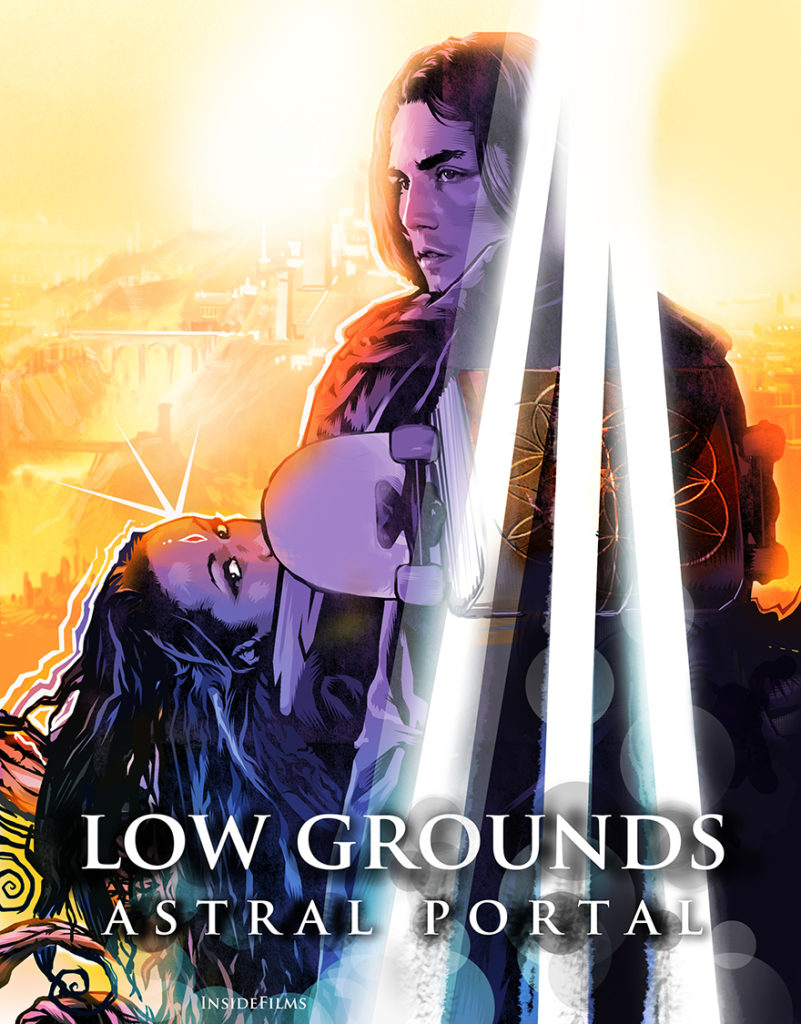 All Rights Available for Purchase

Anti-hero, highschool drop out Delaney Maynhard is drawn into an unlikely heroe’s journey when his colleague, the hot actress he is obsessed with, „falls“ into another dimension.

100% convinced that she has somehow gone into another world, he persists in looking for ways to find and rescue her. Unfortunately for him, his hunches are dead on and he stumbles into a myriad of trouble with not just half the town after him, but also a clandestine club which then puts a target on his back for their own reasons.

Delany desperately needs help from someone who knows the ropes of this new labyrinth he finds himself in. He finally meets his „Obi-Wan“ and slowly learns that the town he grew up in has an ancient portal that is guarded by a lineage of keepers, who have held control over it for over 2300 years. They are not about to give that up to an emo skateboarder who’s current station in the world is „intern at the local theater“.

Each entry and exit through the portal is accompanied by a host of life threatening perils, which Delaney seems to ignore out of obsession for his Beatrice.

Separation of astral and physical body now becomes his mode of transportation to a world full of unexpected characters and power struggles. Just as in the town here too he finds a club that holds the strings of power firmly under control.

When he discovers Beatrice he finds her a prisoner, with keepers controlling her, keeping her from going back.

Delany somehow manages to stay under the radar of the keepers on both sides of the portal as he learns to find loop holes that could help Beatrice help herself.

Just as Delany thinks he has figured it all out he realizes that it’s not just Beatrice but thousands of souls held down there and the struggle with his conscience gets the better of him: once he helps Beatrice liberate herself, they will endeavour to help all the other souls to do the same.

If the clandestine clubs on either end of the portal were lightly annoyed before, they are now ready to pull out all the stops to annihilate Delany and anyone around him.

Back to Films & Series