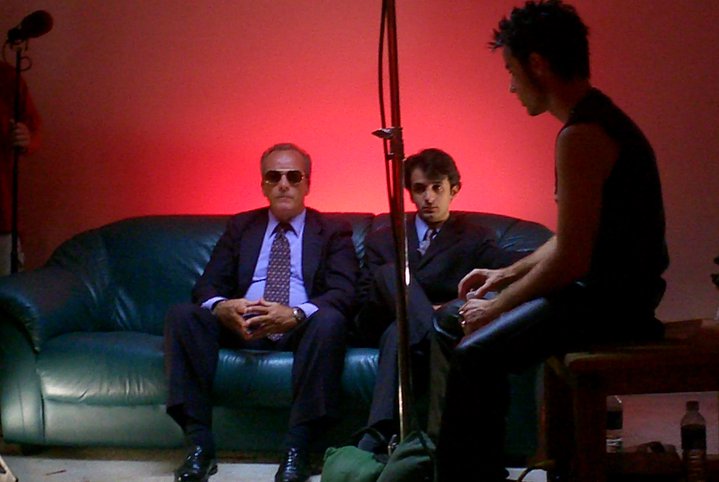 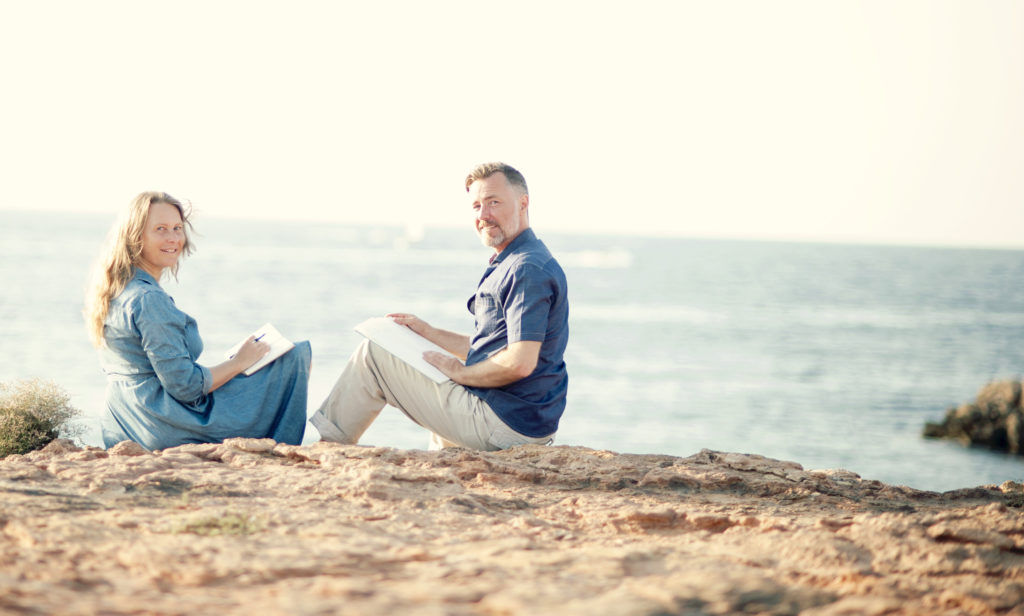 Simon Björgvin Veredon  is a conscious storyteller originating and co-developing stories for screenplays, concepts for TV series, online spots and corporate videos. Instinctively looking for the „raison d’être“ of all things and classically trained at Boston University in the theater arts, he eventually combined a classical spiritual path with working as a professional in the film industry. He also teaches practical personal development techniques and archetype based storytelling online.

His deep dive journey entailed a guru disciple relationship with a modern day Guru, whose core teaching was direct divine experience, for twenty years. He then entered a five year Tantra Yoga path, where he learned masculine feminine energetic balance, with physical and meditative techniques until finally discovering his own spiritual discipline and truth.

Along the way he worked as a video editor for twelve years in Los Angeles, Atlanta and Berlin (filmography here). He has made a living as a voice over artist since 1995 for corporate videos, audio books and commercials. He has been writing screenplays and directing films starting in 2005. Simon has worked in high pressure post production houses opposite Warner Brothers Studios in Los Angeles, lent his voice to companies like Glashütte, Siemens, L’Oreal and BMW (Demo Reel here), has written and directed sales films and videos for a wide range of customers ranging from General Electric to practitioners who are teaching Yoga or who are helping to birth the Divine Feminine.

His search for meaning has taken him to the archetypal knowledge of the human soul, which he has taught in his Archetype Seminars in Berlin and developed an original way of casting and character development for films and TV series for which he co-founded a group with writers, directors, actors and crew members in Berlin.

This search has also taken him to the shamanic level of journeying, through his beloved and life partner Diana Beaulieu. Together they are actively discovering the depths of life, human history and storytelling, co-developing original stories and archetypally authentic character arcs.

Simon’s journey has led him to finally find his own personal meaning in life: to take on the responsibility of the conscious storyteller. To tell the true story of human kind in beauty and detail, in sorrow and drama as well as with humor and wisdom: „Storytelling is teaching and teaching is storytelling. Story is the medium with which we humans record our archetypal wisdom and pass it on. It is also the most vulnerable commodity we have. True stories are what we base our reality on. All stories, paths and teachings are where we find meaning and we depend on them to be as pure as possible. It is the conscious storyteller’s responsibility to travel the path of direct knowledge and consider the true rendering of stories and teachings sacred, beyond individual taste or transitory ideology and hold it up as one of the highest values of the collective human family.“

Together with Diana, Simon is building an online platform on which they will share the practical knowledge they have gained on their journeys, for personal development, for community and for healing. They will be sharing what they have learned as a map for development and will be teaching simple practices that help ground, heal, balance and truly activate and empower from within. The first six months of classes cover initial building blocks for spiritual sovereignty. From there the classes will start to include the human archetypes for personal development and for storytellers/filmmakers, as well as personally empowering classes for men and women: Soulrise.earth

FILMTRUPPE exists since 2013 as a „constellation“ of like-minded filmmakers. It is not a company. Founder Simon Björgvin Veredon has set himself the goal of truly exploring the purpose of an assignment and discovering the „story“ of a product or a project together with the client and letting what he finds flow into the concept, script and finally the production. He conducts his conceptual search for meaning and story under his „Big Story“ heading and then hands the finished concept, script and shot ideas to his trusted FilmTruppe team constellation.

Film industry professionals such as video editors, camera men and women, 3D artists, directors, sound recordists and film composers who work in the FilmTruppe constellation are of course also regularly employed as professionals in the film industry elsewhere. They are always happy to contribute their talent and skill sets to new FilmTruppe productions. The number of crew members employed is determined by the needs of the project, i.e. the client and the product itself. FilmTruppe founder Simon B. Veredon usually first discusses the client’s needs in phone calls or Skype conversations, drafts a corresponding concept and makes two or three „recommendations“ regarding the scope of production and tiers of possible budgets. This is always done with the client’s desired end results in mind.